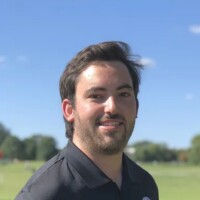 Ari hails from Mill Valley, California just north of San Francisco. A multi-sport athlete and baseball pitcher growing up, Ari picked up golf at age 14 just. He joined his high school golf team and was named Team Captain his junior year. He made All-League teams three years and won the league championship individual title as a senior in 2011. Ari would go on to play collegiate golf at Occidental College, where again he was named Team Captain as a junior. As a player, Ari became known for his smooth swing and touch around the greens.

As an instructor, Ari believes in an individualized and holistic approach to coaching. This includes incorporating new technologies with old-school fundamentals, health and fitness, course management, and mental game coaching. Ari enjoys introducing new players to the game, as well as coaching more experienced golfers looking for that competitive edge.